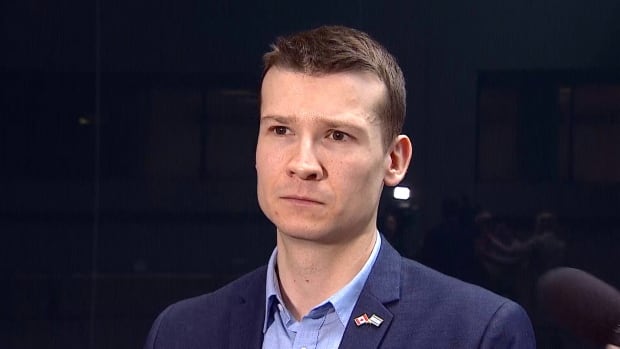 Coun. Jeromy Farkas has been expelled from Monday's City Council for Mayor Naheed Nenshi, described as a "dishonest and irresponsible" Facebook post.

The Ward 11 Council announced that, in the event of rejection of salary freeze for 2019, it would be in line for a pay rise of 2.3 percent.

But Nenshi told the council that the post is outdated and opposes newer information presented today by City Executive Secretary Carla Male, who showed that council wages will actually decrease by 0.2 percent next year.

He said that Farka's mail seems to have violated the Council's Code of Conduct.

Nenshi asked Farkas to withdraw what he said and apologize, and when Farkas refused to say the final issue for next year is still unknown, the Council voted for a proposal to challenge him from the meeting.

Council salary is adjusted annually and linked to average weekly income in Alberta from Statistics Canada. The actual adjustment for 2019 salaries will be known later this week.

Farkas has been kicked out #yyccc MTG. Now, w is talking to lawyer. pic.twitter.com/C1GKJWtRWr

The vote was 14-1, with Farka's only voice in his own favor.

The councilor doubled down on Twitter shortly after being evicted from the meeting saying that the voting record is public knowledge and he stands at his post of the weekly speech and says he will post updated information when he receives it – although updated. in the council that day.

In terms of posting of voting rights, it is widely known and the public is entitled to know. The increase in #yyccc Pay, I stand at the official numbers I received from Human Resources and I'm happy to post the updated information when we get it. 1/3 pic.twitter.com/kn4vTANtu2

He said he would cancel the vote until 20 December when the official adjustment is known.

Nenshi told the council after the vote that citizens deserve better and should not get "riled up" of incorrect data. He said it's important councilors always tell the truth.

It's not the first time Farka's parents have accused him of lying or asking him to apologize for the remarks he has made.

A few weeks ago, Coun. Jyoti Gondek accused Farkas of lying after he accused his colleagues of bullying him in a closed door council session.

And he was accused of grandstanding when he first moved the freezing movement forward, because Coun. Ward Sutherland had already submitted a motion of motion on the same question.

Nenshi told the media when he thinks Farka's colleagues are frustrated by repeated "rude" comments councilor has done outside the chambers.

Farkas may return at the next meeting of the Council.