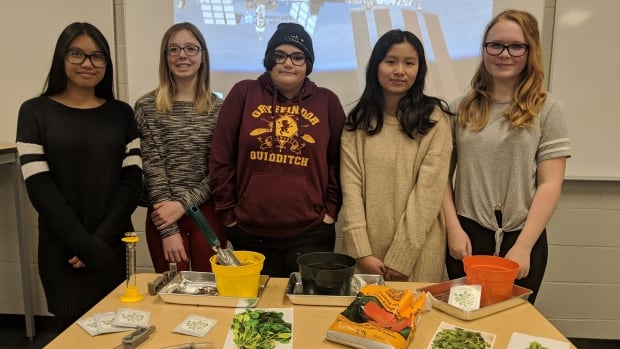 An experiment designed by five Graduate 9 girls at David Thomas King School will be tested next spring at the International Space Station.

The proposal was one of 41 selected as part of the experiment for spacecraft experiments. Students from Canada, the United States and Brazil participated.

Edmonton's students discovered last week that their experiments were conducted for the space station.

"We started screaming in pure joy, that was amazing," said Thea Endols-Joa on Tuesday. 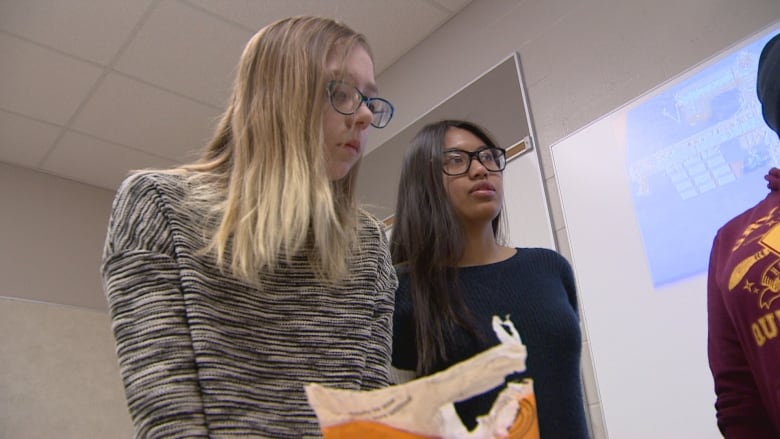 Thea Endols-Joa and Deeanne Vergara look at when their comrades simulate their experiments, which means that the water crevices grow in space. (Radio Canada)

"We are a group of all girls, teenage girls who just won a huge science competition," said Lauren Clement. "This changes how girls will be included in this kind of things." We have the chance to win. "

The five students designed a project to grow watercourses in a microgravity environment, the type of weak gravity that usually occurs in a spacecraft.

Much of their work in recent months has been focused on writing and examining their proposals.

"They had to understand what microwaves were," said math teacher Kelsey Wasylenki, who worked with the students.

"They had to understand the restrictions they had on the space flight program."

The sky now sees the boundary of student Deeanne Vergara, who moved to Canada from the Philippines a decade ago with his family. She had not dreamed that the school project would be chosen for space.

"No, not really," she said. "It looked very cool, but I did not see it as something I could do in the future, until now."