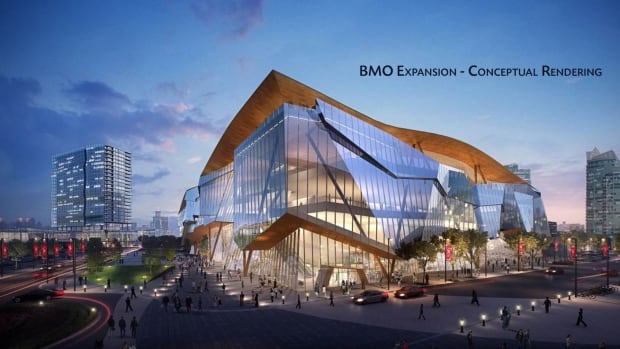 The Calgary City Council has approved a $ 500 million project that would double the size of BMO Center at Stampede Park.

The approval of the expansion is conditional upon a written confirmation from the federal government that it will finance one third of the project's capital costs and the province approves the use of the Community Revenue Tax Fund for its one third while the city is funding the remainder.

The city administration will provide funding for the Council to discuss on 28 January.

Stampede CEO Warren Connell said it has been a long process, but he is hopeful construction will begin in early 2019.

"We have critical customers and events ranging from small weddings to big big car shows and home books. It is very important that we build the central expansion with the idea that all events are going," said Connell.

The BMO center is currently 500,000 square meters – the expansion would give it more than 1 million.

Connell said that while hosting large events, they probably beat about 11 to 14 major conventions each year because they just do not have the space.

They hope to be completed on time to host the Rotary International Convention, which will see 40,000 members in Calgary in 2025.

The Community Revitalization Charge allows Calgary to use a portion of future tax revenue for neighborhood development projects.

But the extension does not start until 2027, so Mayor Naheed Nenshi said they need to figure out a way to get these funds for the project so that the land can break much earlier.

"Calgary's congress facilities are very small compared to most cities, our size," said Nenshi. "This is an opportunity for us to move into a new level."

Nenshi said that Calgary is currently considered a two-way convention city and this expansion would make the city a level.

Prime Minister Rachel Notley, Finance Minister Joe Ceci and Nenshi would make a big announcement about the Stampede Basics Tuesday, where the province is expected to withdraw its support behind the project.