Tsetska Tsacheva: There is a check for the bonuses in the Trade Register 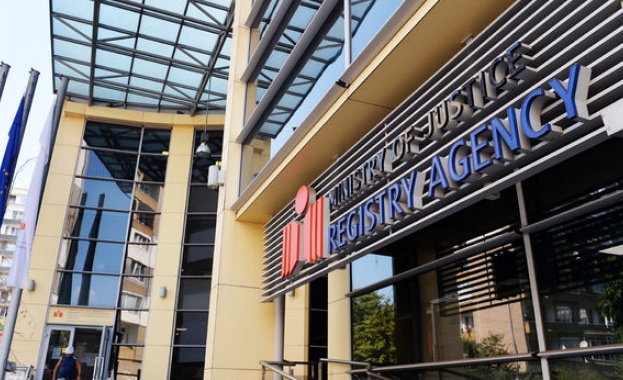 / KROSS / Ministry of Justice's inspector was ordered to check how office bonuses for the officials and management of the trade register were distributed and expected to be completed on Friday
next week or no later than Monday. Once the report is completed, it will be published, and if there are any violations of the legal basis – the penalties will be uncompromising. It announced
Justice Minister Tsetska Tsacheva before bTV. But they stated what "uncompromising" means.

A few days ago it was obvious that all employees in the trade register – without three who believed to be in direct relation to the record breaking crash in the summer and the blockade of all document turnover in the economy – had allocated additional money of 700 to over 3000 BGN The head of the Office of Gabriela Office Kozareva also received additional material incentives but refused to say the amount of bonuses during a joint press conference with Tsacheva last week.

The minister refused to go into more detail before the end of the inspection but stated that she did not know exactly how much extra money they had. Tsacheva praised the agency's work, where there were many hours overtime – including the registry. The Justice Minister also said he hoped that at the end of the year, it would be clear about the reasons for the collapse of the trade register. However, it depends on the prosecutor's authority and whether the deadlines for completing the survey are to be met or not. "We are talking about a very complicated thing, not many specialists in this sphere." During the crisis, we mobilized leading IT specialists and came from abroad who talk about the seriousness of the problem, "Tsacheva said. But if one question allows the intention to quit the registry, she replied:" I do not allow myself to think of such hypotheses in my mind. "

Tsetska Tsacheva also commented on the address of President Rumen Radev to the nation on Tuesday, November 10th. In that, the head of state said that state-owned practices were returned, state decisions are not opaque, and often only in violation of legislation.

"If I did not know who spoke, I would have read it as opposition leader, with such categorical claims," ​​said the minister. In her words, Roman Radev's speech is one-sided, without mentioning any of the efforts and none of the results achieved by the government and the institutions, as recognized by our partners in the EU. Tsacheva recalled that another Commission report on the judicial cooperation and security cooperation mechanism is expected next week and presupposes that it will objectively reflect the government's efforts. Asked whether lobbying laws are adopted, Tsacheva said: "There are probably examples where there is the possibility of lobbyism, but
sticks to the label for all legislative activities, which are transparent – it is overwhelmed. "

One reason is that many documents may, for various reasons, destroy documentary evidence that may originate. Tsacheva also stated that Mateva was dismissed disciplinarily on the basis of inspection results for delayed and lost cases, based on permission from the State Refugee Authority (SANS), to the employee's pretentious information and because of the ongoing prosecution process against her for which the minister
notified by the prosecutor's office.

Copyright © CROSS Agency Ltd.
When using content from the CROSS Information Agency
The reference is mandatory.