Is Tunjai sick, who stabbed 13-year-old Diana 3 times with a knife – she did not give him a lighter 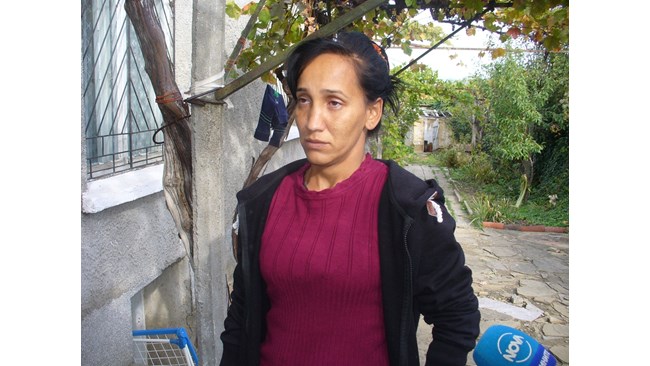 Psychiatrist has the floor – if it turns out he understood what he was doing, he will be sentenced to 3 to 10 years in prison

The eighth grader had special educational needs, but so far he has not shown aggression, they claim in the village of Skobelevo

According to Muslim custom and with hodja from Kazanlak, 13-year-old Diana was buried on Monday in the village of Skobelevo. The girl was fatally killed on Saturday by her 14-year-old neighbor Tundzhay Idrizov, six days before his birthday.

“The whole village feels sorry for Diana – both Muslims and Christians. No one can explain

how is that possible

said the mayor of the village Ahmed Sully to 24 Chassa. About 620 people live permanently in Skobelevo.

“On October 30, my girl would have turned 14, and what happened now! He stabbed her three times and my child died. I also want her killer to lie in the ground,” Chona Yankova, mother of the killed child, can not find a place of sorrow.

The drama took place shortly after 5 pm on Saturday 24 October in the victim’s farm in the village’s gypsy area.

“Tundzhai is our neighbor, he is a year older. Until last year

my daughter was studying

know each other from

Even though he is 14 years old, he smokes a lot. On Saturday he went into the yard of our house and asked Diana for a lighter. She told him no, and then he took out the knife he had in his pocket and stabbed her. First twice in the breast, and when my daughter turned around and started to run away, a third piece of knife followed in the back of the waist, ”Diana tells her mother through tears about her last minutes.

Raiko Zahariev, the child’s stepfather, was in the house, but he was asleep, so at first he did not hear the quarrel. Diana managed to get in and woke him up with her screams. She managed to say that Tunjai had stabbed her so as not to give him a lighter.

Raiko immediately called 112 for an ambulance, at 17.33. When the baby’s blood leaked, his relatives put him in a car to take him immediately to the emergency room in Pavel Banya. On the way, they met the called ambulance and transferred Diana to it. Unfortunately, when they reached the neighboring village of Assen, she

The relatives of the knitted girl say that the knife affected the heart, lungs and kidneys. The first heart attack was fatal.

In Skobelevo, they are shocked by the tragedy. It is said that Tunjai had never shown aggression before, they do not know that he used drugs. However, it is known that the student has special educational needs and resource teachers work with him.

The boy is currently the eighth grader at the vocational school for tourism in Pavel Banya. He enrolled after completing his undergraduate education in his home village. His resource teacher was with him. The high school is also surprised that he attacked the girl. For a month and a half since he studied there, they did not have much time to get to know him, but his classmates accepted him well, Tunjai himself was sociable.

They say that about him in the village

tics, but you are

He lived in poverty in a brick house, his father Jordan never had a steady job, according to Mayor Ahmed Sully. Tunjai had a younger sister.

“What is his current condition, if the boy is aware of what he has done and if he can be held responsible for his actions, will determine the complex psychological and psychiatric investigation appointed in the case,” Stara Zagora District Attorney Dicho Atanasov told 24 Chassa. On Monday, this expertise was not yet ready.

As soon as he stabbed Diana, the eighth grader

threw the knife to

in the house of

Then you went home and changed. He was arrested a little later at school in the village of Skobelevo. So far, he has been detained with a prosecutor’s order for 72 hours.

On Sunday, Tundzhay Idrizov was charged with the premeditated murder of a minor, Plovdiv’s prosecuting authority announced. He has been appointed official defender.

The prosecutor’s office is preparing to ask the court to keep the boy, even though he is a minor, in custody, as his act is in great public danger. But if the results of his psychiatric examination require it, then

His detention in custody will be heard by a panel at Stara Zagora District Court on Wednesday.

Other experts, including forensic scientists, have been appointed to the hearing. The knife with which the girl was killed will also be examined – it was seized and attached to the material in the case.

If Tuncay is fit for trial and proven guilty there, he could be sentenced to between 3 and 10 years in prison. As he is a minor, his possible punishment will be reduced, lawyers comment.

Only good things speak for the family of the murdered Diana in Skobelevo. Although the girl was Raiko’s stepdaughter, he took very good care of her. He and his wife Chona have two younger sons, but the father did not share the children. The seventh grader studied well in school. The parents had a permanent job.

People for whom the pandemic is a “golden hen” – World – DarikNews

Leading expert: The virus will disappear next autumn (video)