The future of Yer in the Corinthians was open, but Andrs judges debt through the poor phase 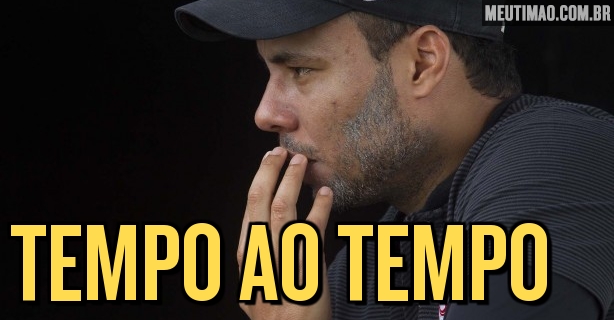 Without surprising, the performance of Jair Ventura in front of the Corinthians has been below expectations. Not even for club president Andrés Sanchez. In a collective at CT Joaquim Grava, on Thursday, the trustee did not guarantee the coach's stay during the 2019 season. However, he preferred not to assign the bad phase of the team to the coach alone.

"Nor did I guarantee, has a lot of technicians who suffer from impeachment. But it's not fair to talk about Jair now. We know we had problems. In addition to arbitrary errors, we also had our mistakes. But Corinthians are the team who had the least punishment, just losing to Paraná. Let's not express it as an apology. Our team is not good, they have six games to recover. We will not be champion, but we will work to get out of this situation, "says Sanchez.

With 13 appearances in the Corinthians so far, Jair Ventura has one of the worst performances among coaches who led the club for the past 12 years. They were three victories, four drawings and six defeats, winning only 33.3% of the points scored. The last trainer with a worse rating on this was Geninho, 2006, with 21.2%.

"Jair is Corinthian's coach. The numbers are low, he knows it's wrong.. Of course, it's bad, bad for him, for me. Everyone owes him, me, the player, Duílio (soccer leader) … the least guilty is the supporter. There is WhatsApp, organized by the arena. They threaten you WhatsApp, in the social network. Then it becomes complicated. I want to see the team that has won more than we have in recent years, you can not win everything. Player is a human being, having trouble with wife, son, will not always play well as everyone wants to play, "added Timonys president.

The complicated moment of Jair, surrounded by countless critics of the fans, came after a short "honeymoon" to lead the team to the final in the Brazilian Cup. The coach's performance is even lower than for the predecessor Osmar Loss, questioned and dismissed from the position with a profit of 46.6%.

The exchange between coaches was recalled by Corinthian President. At that time I was convinced that the loss had one, but the results did not come as we expected and we had to change. Jair arrived with a classic, Copa do Brasil, "he said, reducing the 1-0 loss to Palmeiras at the debut of the current coach.

It is worth noting that Andrés Sanchez, by leaving the future of Jair Ventura, opposes his own claim that the coach should be guaranteed in 2019 – October in October.

Runner-up in the Brazilian Cup, Corinthians of Jair Ventura is 12th place in the Brazilian championship with 39 points. They are five more than the first team in the space, Vitória. The team enters the field at 17h (from Brasilia) last Saturday, in a classic against São Paulo in the arena, in Itaquera.