Home / brazil / SP is the only state with falling unemployment in the third quarter, says IBGE | economy 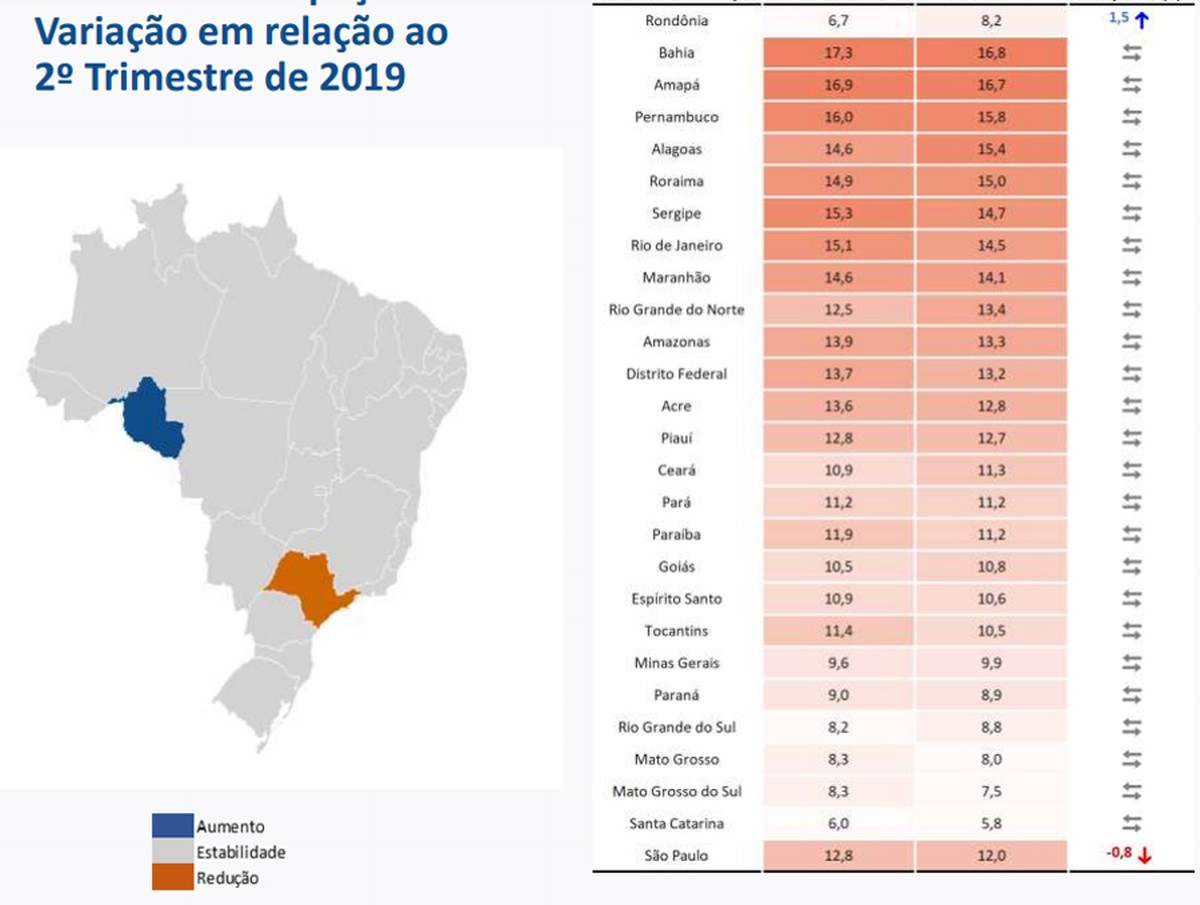 The state of Sao Paulo was the only entity in the federation to record cases of unemployment during the third quarter, compared to the previous three months, according to a survey released Tuesday (19) by the Brazilian Institute of Geography and Statistics (IBGE). .

"Sao Paulo's unemployment rate was the only one that fell between the states and fell to 12% in the third quarter of 2019, after registering 12.8% in the second quarter. At the other end, unemployment grew only in Rondônia, reaching 8 2%, an increase by 1.5 percentage points. The other states remained stable, "IBGE said.

Unemployment in the country was 11.8% in the third quarter, reaching 12.5 million Brazilians, previously disclosed by IBGE. The number of self-employed and unsecured employees was already at a record level for the historical survey series that began in 2012.

Index during the variable quarter, in%

According to IBGE, unemployment in São Paulo fell due to a significant reduction in the unemployed population, which decreased by 217 thousand people during the quarter.

“São Paulo has a more dynamic productive market and a very active consumer market. In addition, it has a higher income, says research analyst Adriana Beringuy.

The researcher pointed out that historically, because of what characterizes its labor market, São Paulo has a "four-effect" in relation to the rest of the country, that is, the large movements observed in the state tend to be reflected in other regions.

SP is the only state with falling unemployment in the third quarter, according to IBGE – Photo: Press release

Although driven by informality, the employed population reached 93.8 million in the third quarter, a record in the historical series that began in 2012.

The degree of information for the employed population – which includes employees without a formal contract in the private sector, domestic workers without a formal contract, employers without CNPJ, self-employed persons without CNPJ and family workers – has increased by 41.4%. during the third quarter. It reached 57.9% in the northern states, 53.9% in the northeast, 38.5% in the Midwest, 35.9% in the southeast and 32.2% in the south.