"I'm being punished for getting sick," says journalist rejected by Globo · TV news 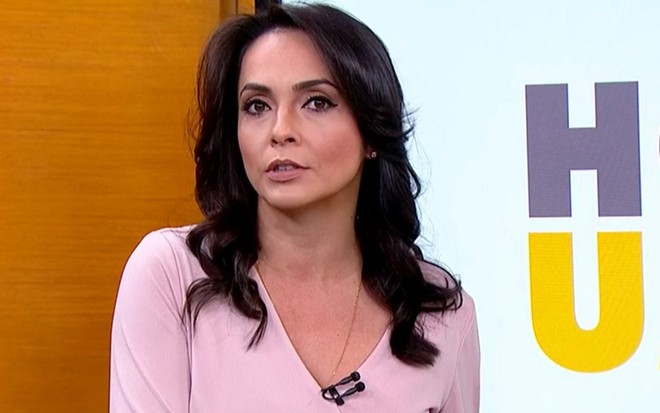 Like most of her colleagues, presenter Izabella Camargo, 37, was shocked when she was fired on Monday (5) by Globo's journalist director in São Paulo. After all, she returned from hospital ward to develop the burnout syndrome, which is the top of professional stress.

"I'm being punished for getting sick, with a functional illness, and the reports prove it." She waited for nothing but to be put off, "said Izabella exclusively. TV News.

Briefly, burnout syndrome ("burn" and "out") is the emotional fatigue that harms a person's physical and mental aspects, reducing the naturalness and speed that he or she performs.

Symptoms include fatigue, constant fatigue, sleep disorders, muscle and headache, irritability, mood and memory changes, difficulty in concentrating, lack of appetite, depression and loss of initiative. In more severe cases, it can lead to alcohol and drug abuse and even suicide.

The journalist, who prepares a book on the subject, listened to a doctor and a chronobiologist from the USP and found out that her illness is directly related to working at dawn for most six years she was at Globo. "The morning shift will give you a cellular deficit. Working at a special time decompensates the organs," he says.

Since the end of 2014, Izabella has shown the weather in Hour 1 and Bom Dia Brasil. It also replaced the holder of Hour 1, Monalisa Perrone, and eventually César Tralli and Carlos Tramontina, in local news. "In August 2017 my body started presenting problems," he reminds. She had depression and gastrointestinal and circulatory crises.

According to Izabella, she advised her managers at Globo so that she could do "intertemporal changes", that is, switching shifts for a few months, as a way to alleviate the effects of syndrome.

It was not answered. On the contrary, he began presenting the time chart in another magazine, Em Ponto, by GloboNews in August this year. At the same time, hour 1 doubled, the duration began to enter the air at 4 o'clock.

Izabella arrived at Globo at 3:00. He made four entries in the magazine Monalisa Perrone while preparing for GloboNews, where he stayed up to 20 minutes in the air and talked about non-stop meteorology. Then I would go into Bom Dia Brasil.

It was in the driver phase of the new H1 and for Em Point that Izabella's frame became worse. "I began to feel tachycardia, have cries of crying, nervous crises, symptoms of fatigue," he says. The peak was August 14th. She had a blackout in the middle of the air, while interacting with José Roberto Burnier, Em Ponto's anchor.

It was not Izabella's first blackout. In the previous, she managed to conceal thanks to the joke and joke of the ankara in the TV news programs she worked with. She says that overwork made her worried.

"I was afraid I could not organize ideas and interact with the presenter because I would organize ideas [nos intervalos do Hora 1], had to prepare another newspaper, he says. "I realized that what happened to me was very serious. You do not know who you are, where you go, it's very invalidating."

Izabella complains that she had no support from Globo when the first Piripac occurred, but did not feel like a victim. She was shocked by the retirement, but after a few hours she realized that in a company's logic it was like a piece that caused problems and has to change.

According to her, the regional director of Globo's journalism Cristina Piasentini said she could not take the risk of returning to the news after blackouts. Izabella asked to return to the report. "There's no more space," he heard.

Now she says she's okay in balance and she hopes to get a new job on television and focus on fighting "prejudice" around the burnout syndrome.

"The reason he stopped working on TV Globo has no relation to the medical license he took, but the sender does not publicly discuss his relationships with employees or former employees. Globo is recognized by everyone as a company that ensures their employees, provides everything possible support. As we said earlier, Globo Isabela thanks for years of coexistence, dedication and professionalism. "