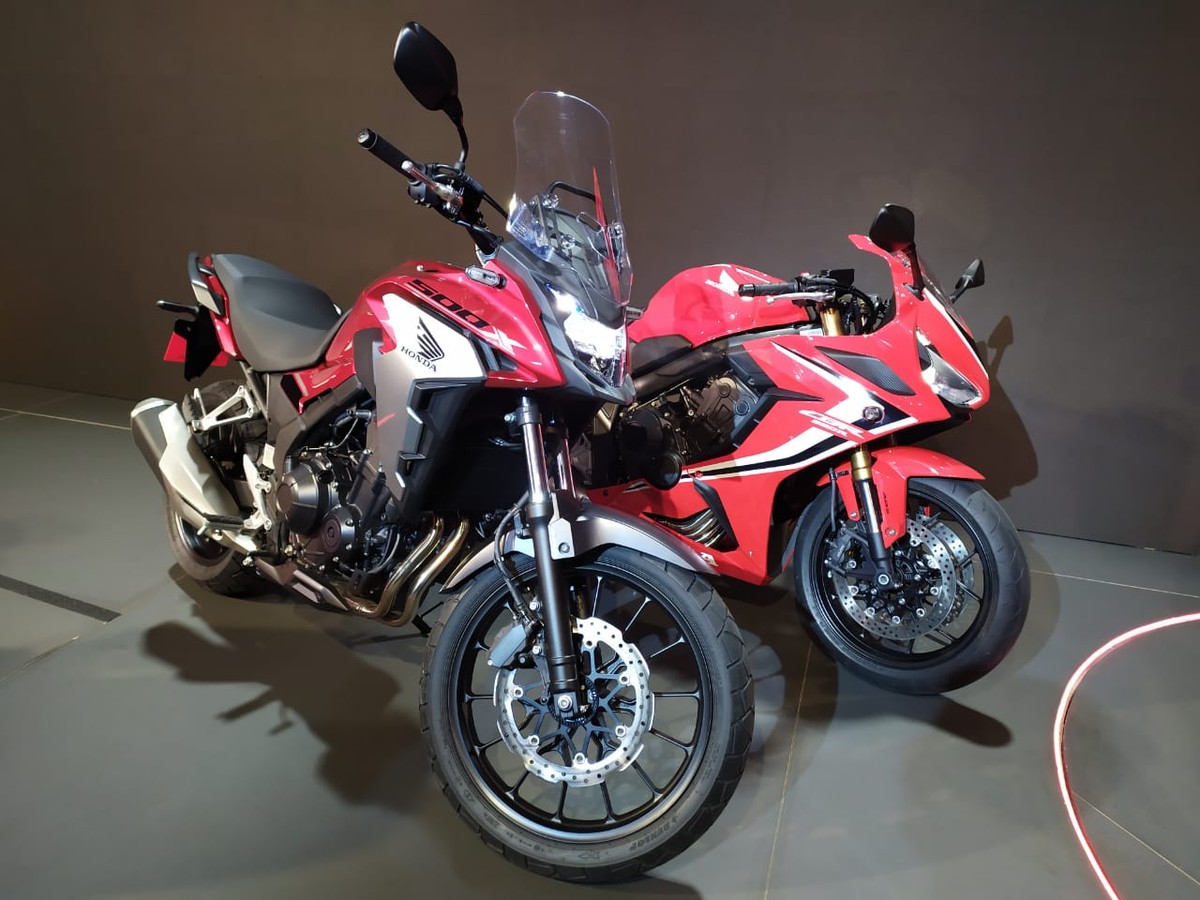 Honda highlighted the news of the CB line in its presentation on Monday (18), at the opening of Hall Two Wheels in Sao Paulo. The refurbished CB 650 R and CBR 650 R and updates to the CB 500 F and CB 500 X will hit stores in the first quarter of next year, the manufacturer says.

The 500 has changed design and has been given a new dashboard, digital and with a gear lamp. They also got the sliding clutch.

The CB 500X follows the updates in the European market – the brand had already registered its patent in Brazil. At the same time as the same base, the bike was more "adventurous" with a 19-inch front wheel and replaced the old 17-inch wheel.

In the 650 line are the most important changes in the naked CB 650R, which got a completely new design. It was a mix of retro and modern.

The engine also received new inlet and exhaust to improve power delivery. Abroad reached 95 horses, but in Brazil it will be 88.4 hp. the G1 already entered the model and will soon publish the first impression.

Also new for CB 250F Twister SE. It is a special edition of Twister, with graphics inspired by the brand's "racing bikes". With blue color, the bike has a well-known displacement "250" in the tank and the wheels in orange.

Other news spread at the manufacturer's booth and had already been advanced in a preview last week. The most important is the CG 160 Titan S, the version of the best-selling motorcycle in Brazil, which will hit stores next month.

Still no fixed price, it gives new graphics with white, black and red colors. Another difference is the 5-rim alloys in red.

Honda also shows Bros 160 "Special Edition", inspired by Honda cross bikes. That is why her painting is similar to the CRF line with a blend of red and white. Your sales should start in early 2020.

Under the same condition as at Bros, Honda will launch a special version of the XRE 190 in early 2020. In this case, the car manufacturer gave a face of more "adventure" to the bike, with new color and graphics.

Honda's smallest motorcycle in Brazil, the Pop 110i, won the Rally concept, inspired by one of the biggest: the CRF 1000L Africa Twin. In addition to the adventurous color, the bike has a high exhaust, made of stainless steel and carbon and off-road tires.

There is also Pop 110i Vintage, another conceptual version of Pop inspired by the surf universe, hence the board on its side. Buckets and seats are aged in synthetic leather, which highlights the model's retro look.

The CB 1000R got even more "coffee racer" in the concept being exhibited at SP Expo. The goal was to make a motorcycle as if it had been fitted in a garage.

For the XRE 300, Honda used the theme of "off-road adventure". Its graphic design was inspired by the wind rose and the bike received several accessories, such as side bags, canteen and gallon holders.

For the NC 750X, the brand has reserved a style of "elegance and sophistication". Details such as side pockets, two-tone color with double stitch bench pairs with shades like pearl gray, ultra gloss black and copper.

The salon also has a project from the ground up in Brazil: the concept of a scooter designed for the female audience. Only that can only be seen through the augmented reality. In the future it may be the basis for a Brazilian scooter from the car manufacturer.