Master: Good start for Masters for Zverev, winner in two sets of Cilic 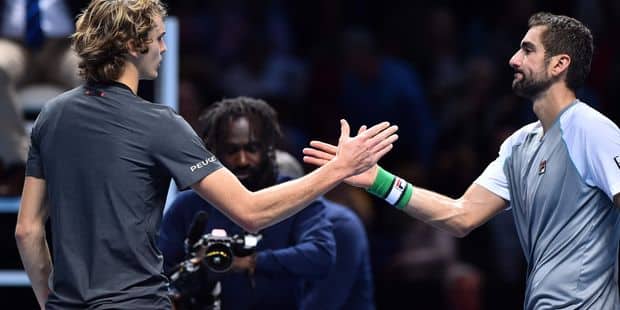 Alexander Zverev (ATP 5) beat Croatia's Marin Cilic (ATP 7) at the Masters, the tournament that brings together the best eight tennis players in the season on Monday at the O2 Arena in London. German has really introduced 7-6 (7/5), 7-6 (7/1) after 2 hours and 5 minutes play.

At twenty-one, Alexander Zverev already plays his second champion, one year after being eliminated in the team phase despite a victory against Cilic. After a bad start of the match (0-3), the right handman from Hamburg returned to the competition (5-5) before taking the lead after the crucial game (7-5).

They went for battle, the two men could not decide for a second tie. Zverev, three titles this season acquired in Munich, Madrid and Washington, has once again proved to be the most effective in the important points. This is the sixth victory in six confrontations of the talented German player against Cilic, the winner of the US Open 2014.

Later in the day, World No.1 Novak Djokovic plays against American John Isner in the second Guga Kuerten group match. Isner, 10th in the world, took advantage of the packages of Rafael Nadal and Juan Martin del Potro to invite themselves to the big mass of tennis.

On Tuesday, Anderson will meet Nishikori (15h) while Federer will challenge Thiem (21h).