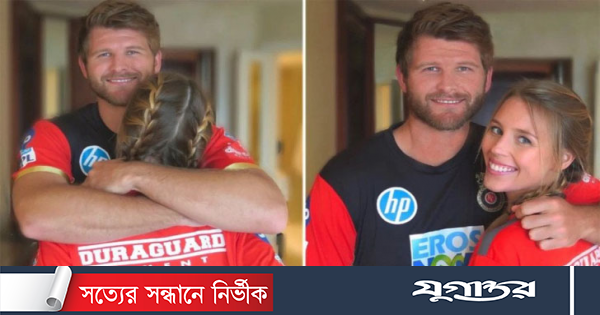 People do nothing because of love. There are also reports that the king leaves the throne for love. This time, 29-year-old promising all-rounder Corey Anderson from New Zealand opens bat-pat in response to his girlfriend’s call.

But Anderson does not say goodbye to cricket. He left cricket from New Zealand and joined cricket in the United States.

Anderson is the only cricketer in the world to beat Pakistan’s all-rounder Shahid Afridi’s 36-ball record.

Anderson spoke openly about his retirement to the cricket-based website CricketBuzz on Saturday.

He said that New Zealand has retired from cricket. But he has signed a three-year contract with the upcoming Major League Twenty20 in the United States. He will soon migrate to the country.

The cricket world was surprised by Anderson’s decision. Cricket is not yet that popular in the United States. And Corey leaves New Zealand’s team to step on the field for international cricket and go to the USA!

Of course, the cause is known. The Kiwi all-rounder is moving to the United States with his girlfriend. Anderson’s girlfriend Mary Margaret is a US citizen. He is believed to have been involved in Corey’s future plans.

“It was not an easy decision at all,” says Corey Anderson. As we grow older, our thoughts about the future become more common. My girlfriend Mary Margaret helped me plan for the future. He left the United States and came to New Zealand and was by my side throughout my career. Now I think it’s the best option for us to stay in the United States. ‘

But Corey has also expressed his deep love for New Zealand.

“It was a great honor and pride for me to be able to represent New Zealand’s team,” he told The Cricketer. New Zealand had a desire to play many more days. But sometimes the situation turns out to be something you never imagined. I’m grateful for what New Zealand cricket has done for me. ‘

Anderson has played 13 Tests, 49 ODIs and 31 Twenty20 International for New Zealand. He is a star cricketer in the team that was second in the 2015 World Cup.

Corey last played in a T20 match against Pakistan in November 2016. He was then injured and dropped out of the team. After that, he was not seen on the field for the Kiwis.