Leaders and activists of the Awami League, section no. The protest rally was held in front of Kamrangirchar Shaheed Minar on Sunday (December 6) afternoon.

Speaking as the main guest, Mayor Mohammad Hossain said the losers from 1971 attacked the sculpture in Bangabandhu to erase the non-municipal consciousness of the war of liberation. Leaders and activists of Kamrangirchar Thana Awami League will be on the streets to stop their misconduct. Under no circumstances will this evil force be allowed to rise. 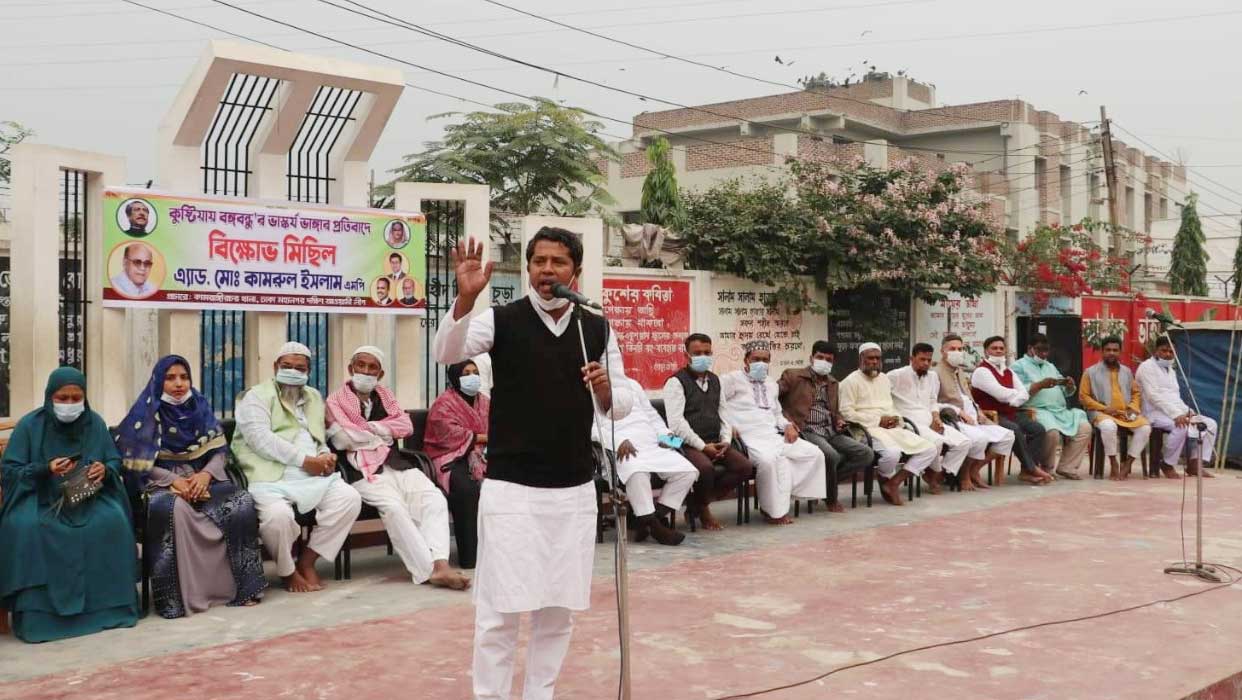 He added that Bangladesh is a non-municipal country. There is no place for violent communism in this country. Therefore, he called on the government to make various memorial sculptures of the War of Independence including Bangabandhu in all important places in the country.

At the end of the rally came a procession from Kamrangirchar Shaheed Minar. The procession went around different roads and ended in front of Rony Market in central Rasulpur.

The coronavirus has changed our lives. Time is spent in joy and sorrow, in crisis, in anxiety. How do you spend your time? You can write in Jago News. Send today – [email protected]