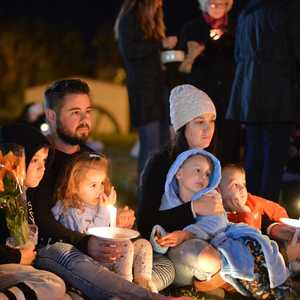 The older driver who has hit a six-year-old girl in a shopping mall has died of a broken heart, saying her husband and her last words were: "I have died a child and I do not want to live anymore. & # 39;

Miriam Grace Paton, 86, had faced a count of dangerous operation of a motor vehicle that caused the death after the June 17 tragedy claiming the lives of Sunshine Coast schoolgirl Indie Armstrong.

Paton accidentally hit his car into Indie, who had been on pedestrian crossing with his seven-year-old sister, Lily, and their grandmother Sandy Bampton, 57.

Two days after the crash, Paton was infected with Nambour Hospital with severe spinal cord and a "chest cartilage fracture".

She then developed pneumonia and missed her first court date on July 25, as well as subsequent submissions, the latest on Friday last week.

Her husband, Stuart, 90, said that his wife, a primary teacher for half a century, had loved children and could not live with his sorrow.

He told Paton's lawyer and friend, Peter Boyce, that she had "gone down" after looking at news reports about her case.

"I've killed a child and I do not want to live anymore" was her last word to Paton, who she sent home to protect him from her death.

"She was heartbreaked, she could not bear the thought of causing the little girl's death. She would die," Paton said.

Mr Boyce said that Paton had been ill, but if she had not been regretted and court cases hung over her head, the result could have been different.

He said Paton had died at midnight on Wednesday and hospital staff had been "tears" when they contacted her husband.

"She was a lovely lady, very kind and gentle, but stronger," Boyce said.

Paton celebrated his wife, as he said, devoted his life to children as a basic teacher.

Her career began as a 21-year-old at Boothby in South Burnett and she later taught in Bundaberg, Mundubbera, Brisbane and Buderim for a total of 50 years and also worked as secretary abroad.

Paton said that his wife also cared for children with special needs during their education and was hearted.

A photograph from her husband to News Queensland shows Paton at Everton Park State School where she worked as a teacher / librarian in the 1990s. It was taken just before she retired.

Mr Boyce said that Paton had many friends in society and would be missing.

He said that the terrible accident had been the only time in her life that she had been in trouble and the debt had been enormous.

The police and the court had been officially informed of Patron's transition.

India's father Jason told me News Queensland He had become aware of death.

He said that his family, from the native city of Yandina, still struggled with the loss and "tries to keep things together".

"We really have nothing more to say," he said.

"No words will bring her back. This has been an extremely difficult time."

Hundreds of years, North Arm State School showed a year one student at her funeral service in July.

In a message written by her parents, Indie was remembered as a free spirit who enlightened her family's life, who loved them and loved them "to the moon and back."

"Indie Rose, my beautiful child girl, you came so quietly into the world. You were our sunshine, you gave us so much joy.

"You were crazy, funny, with the greatest heart. Your kindness was brilliant, you were a caring friend and you were a loving sister who always watched Sunny and Lily.

"You were a free spirit who always looked at the bright side of life and loved having fun wherever you went.

"You loved swimming in the ocean, catching crabs and jumping waves, swinging up and down in frangipani tree and cycling around the hill as crazy."