They both have the main roles in one of the year's most sought after films.

And on Friday, Emma Stone and her co-star Rachel Weisz came together to attend the SAG-AFTRA Foundation Center for a screening of her latest movie The Favorite in New York.

Unlike clothes from the 19th century she wears the upcoming girl, Emma chose a khaki trench coat while sporty white ankle high pants and a pair of black heels for the event.

Good time: Emma Stone and her co-star Rachel Weisz came together to attend the SAG-AFRA Foundation Center for a screening of their recent periodical The Favorite in New York

A striped black and white shirt peaked through its upper choice of wear, but considering the cold temperatures in Big Apple, Emma felt good by choosing to hold on.

The Oscar winner had a radiant glow over her as she posed for photographs with not only Weisz but also the film's Oscar-winning director Yorgos Lanthimos, alongside event presenter Mara Webster.

Meanwhile, Emma's co-star things kept quite moderate with a simple black midi dress and strapped black heels at the moment. 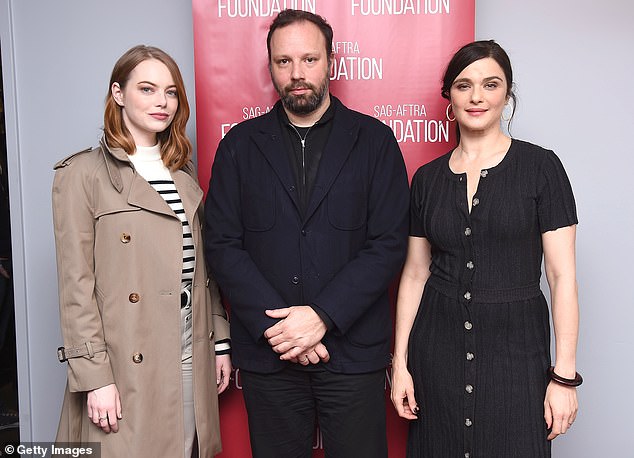 Promo: The Oscar winner had a radiant glow on her as she posed for photographs with not only Weisz but also the director of film Yorgos Lanthimos 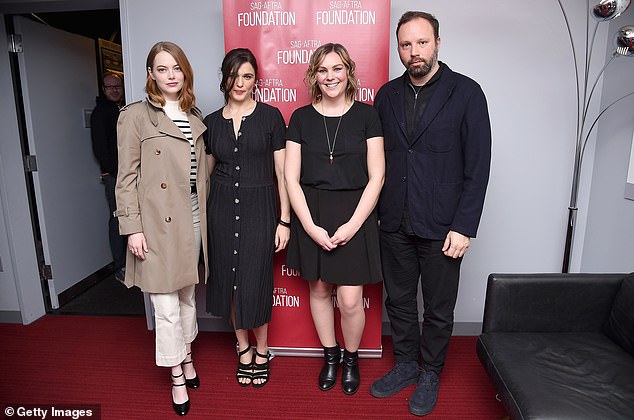 The 48-year-old British actress kept her range of accessories at least, sporty, nothing but a pair of earrings and a bracelet while her threes were perfectly styled aside.

At the event, the trio gathered for a discussion about everything about their latest projects followed by an early screening of the film.

It had been a full day for Emma and Rachel, who kicked off their Friday morning with a look at CBS This Morning.

There, Birdman revealed how unique it was to her to read a script that focused mainly on three women, which she was really pleased about. 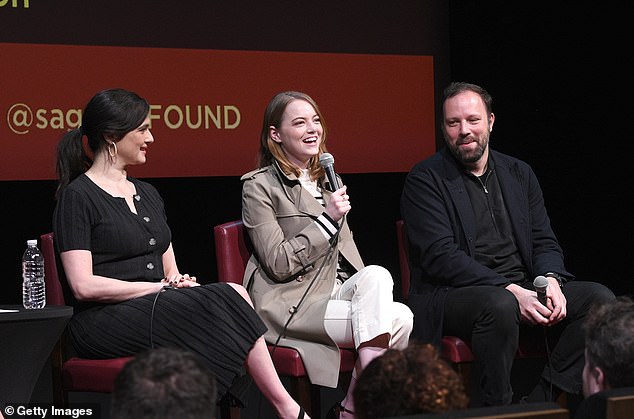 Questions and Answers: At the event, Trio gathered for a discussion about everything about their latest projects followed by an early screening of the film 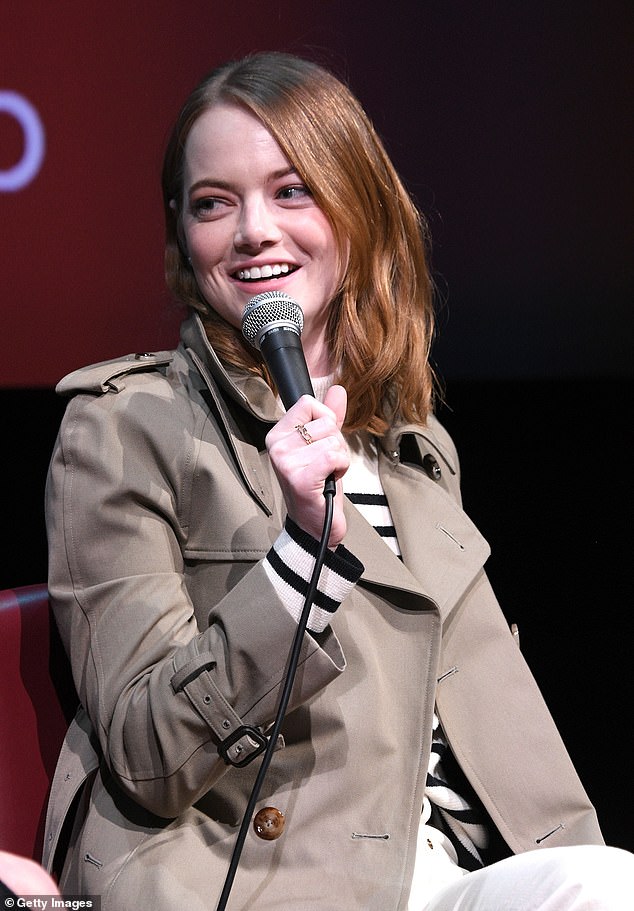 She is a trooper: Emma had spent all day promoting her latest project on different occasions; see here at SAG-AFTRA opportunity

"It was heaven to read. You know, a story so and especially the types of parts, the beautiful, rich, slim, complex parts of three women was a dream," said Emma.

It was obvious, however, that there was no easy task for the redhead to characterize Abigail's character.

Everything from rolling through clay and physically attacked were parts of the script that were not so dreamy for Emma.

"Abigail, my character, goes through a lot of relaxed, pushed over, rolls down on a hill, falls into the mud, get thanked. It was quite a daily type of falling stairs," said Stone, who also promised it was "physically fun" as well. 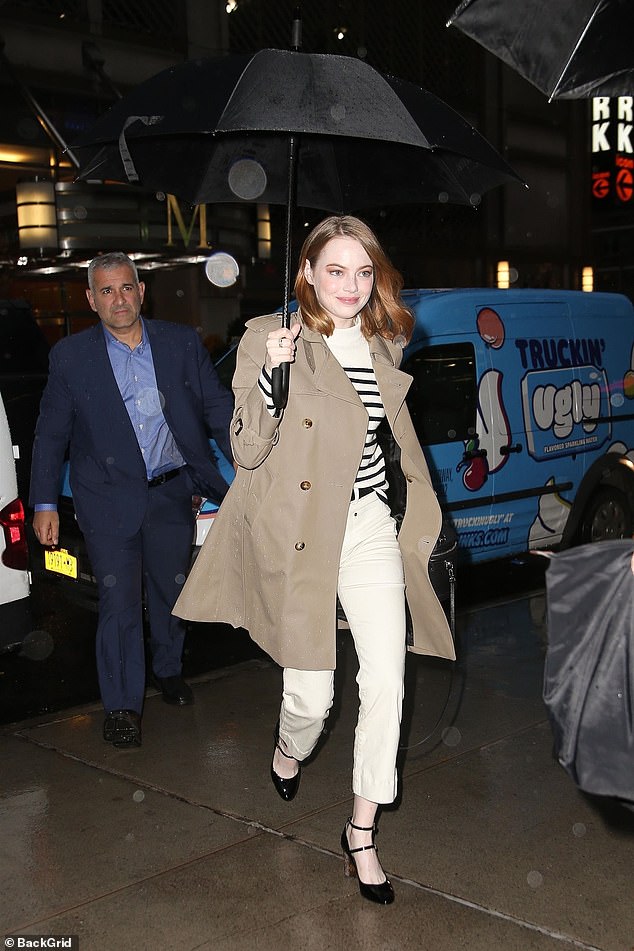 In advance: Emma Stone had a big smile on her face when she attended the SAG-AFTRA event 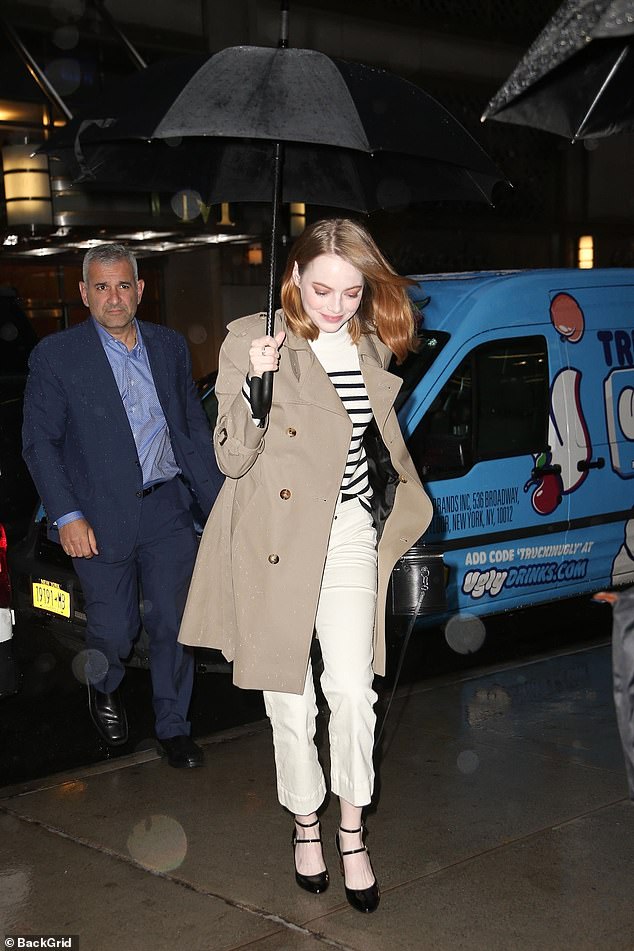 It's her big night: Emma put a pair of patent lugs on her attire while a small black handbag seemed to have finished her look tonight 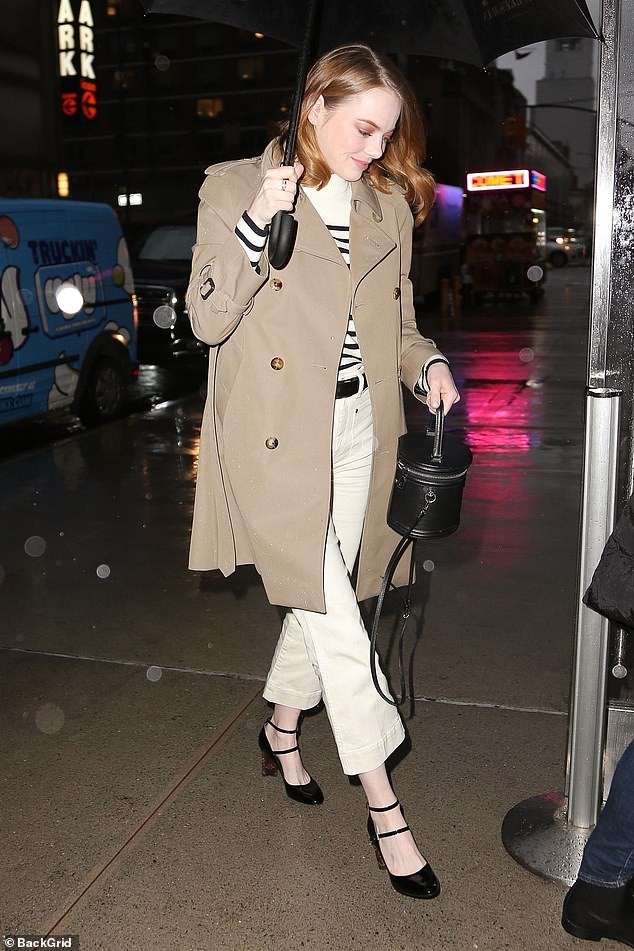 Fashionista in production: The 30-year-old had a khaki-trench coat over her striped sweaters and white pants as she made the road to the building with a lot of safety in the trailer

Before she arrived at SAG-AFTRA, Emma had lost the rainy weather in Big Apple when she made her to the event.

Emma put a pair of patent heels on her attire while a small black handbag seemed to have finished her appearance for the evening's occasion.

Considering how well her career goes, it is not surprising that Emma would have a big smile on her face, besides having her beautiful facial features enhanced with a brilliant touch of makeup.

Despite the number of public appearances she has done in recent days for her latest movie, Emma saw up being quite good.

The favorite will hit theaters on November 23rd.