"We are changed but not corrupt" Elisa Carrió … 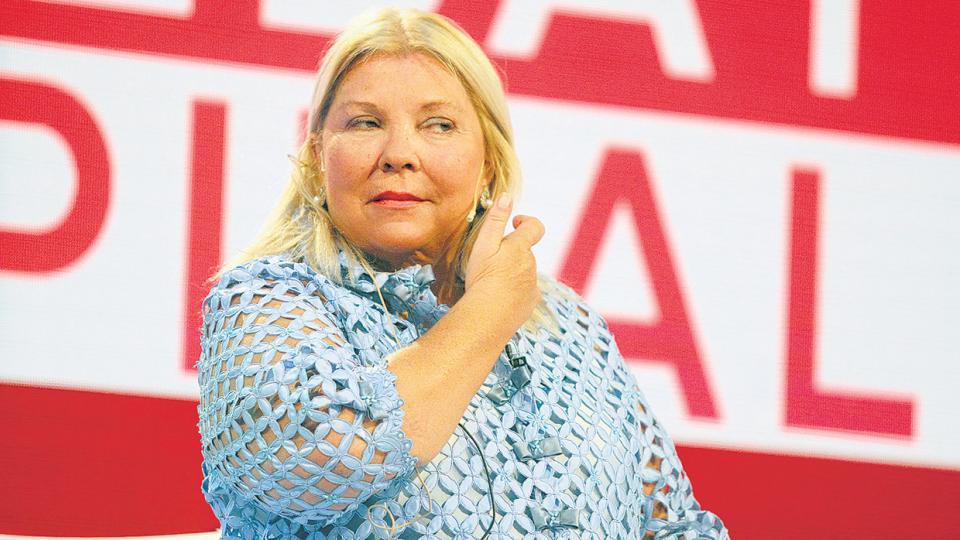 National Assistant Elisa Carrió returned after several days of silence and once again noted differences with his partners in the Cambiemos alliance. During the Federal Congress of the Civilian coalition-ARI, where the replacement of party authorities was officially called, Carrió called "change change from within." "We are transformed but we are not corrupt, we also change them," said the leader during the activities carried out in Ezeiza, where the Buenosaire legislature Maximiliano Ferraro was elected the new Secretary General for the political force and replaced the substitute of Buenos Aires Maricel Etchecoin.

"We are not dealing with football, we are opposed to the financing of companies for political parties, we defend human rights for all and nonviolence," said Carrió, who lists any conflict with the government. He added: "We will never be fascists and we will continue to be ecumenical and humanistic until the end of the day," and insists on his criticism of the new Firearms Protocol, promoted by Security Minister Patricia Bullrich, who blew the dominant coalition's last inmate.

In addition, the deputy put his criticism and immediately referred to the owner of the deputy chamber, Emilio Monzó, who, by 4 December in support of his position, claimed "the political thread to reach agreement and laws to take the country forward." "A gentleman for a few days ago, Parliament confirmed as the site of the political thread. On that day, I opened the door to leave that place, which will be when I present pensions. The inside will be the leader of the civil coalition that never and will not be included in any thread, "Carrió shot, leaving the question of his political future. "I will be further away from the charges, but closer to you," he revealed later, while ratifying his willingness to follow the re-election of Mauricio Macri in 2019.

In line with Carrio's statements, the flamboyant party president confirmed that "the change of the civilian coalition must continue to be the accompaniment of the struggle of the citizens who fought against authoritarianism and abuse of corruption" and acknowledged that the country is "going through bad times" where necessary to "follow our compatriots who are not well today". "Change must be the cultural change for which millions of Argentinians voted," Ferraro said. On the other hand, Etchecoin – who will be chairman of Congress in CC – assured that political space "has the decision to give way to independence and the fight against impunity."