Waiting for court judgment, how is the legal situation of the government with retirees – 12/18/2018 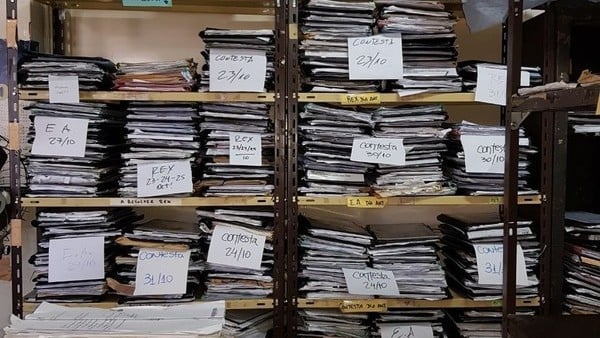 This year, in November, the three departments of the Social Insurance Department approved 66,020 sentences, the vast majority in favor of retirees, which had been accused by ANSES.

Meanwhile, ANSES paid 25,760 previous judgments, final assessments, for retroactivity decided between November 2, 2017 and October 2 this year for January to November of this year. a gross contribution of $ 20,234 million, according to the organism at the beginning of this month.

The difference – which is wider because it does not contain the final judgments at first instance – marks increase in pension disputes due to various claims, both earlier and generated under the current management.

If the court in the Supreme Court is favorable to the retired Blanco-witness case – would go over to get a final judgment immediately and immediately more than 11 700 similar judgments. And as the government promised, ANSES should refrain from providing extraordinary appeal to the court in another 150,000 cases, in relation to the update rate for the remuneration that determines the original salary, and continue to pay the final assessments.

For the year 2019, the budget set a maximum threshold of $ 49,313.3 million for the payment of "social debts recognized in courts and administrative courts" and those resulting from "transaction agreements" for the retroactive law in 27,260 teams, historical repairs.

Of this amount, it is estimated that in 2019 the final assessment budget could reach 30,000/35,000 final assessments, an insufficient number in front of the stock of fixed sentences It would be extended with the Court's judgment.

The Pension Act states that "convictions against the Social Insurance Agency will be fulfilled within a period of 120 working days, calculated from the effective receipt of the corresponding administrative file. "And it adds:" If during the implementation of the budget, the game assigned for the fulfillment of the said sentences is exhausted, The head of the Council of Ministers can arrange additions or restructuring of the budget to ensure payment within the specified period. "Another variant is that Congress directly broads the budget line for payment of judgments