The four reasons that led to the Dow Jones exceeding 30,000 points for the first time in its history 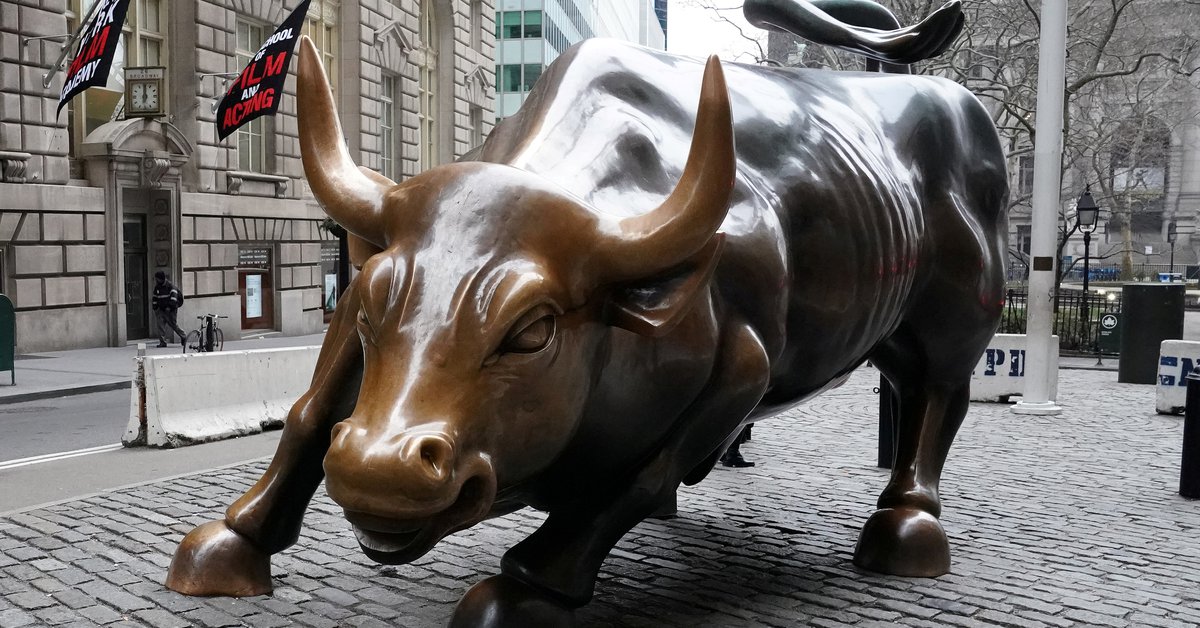 The main indicator for the New York Stock Exchange, the industrial Dow Jones, exceeded 30,000 points this Tuesday for the first time in its 124-year history and recorded a post on a day marked by various factors. It is such a unique brand that even President Donald Trump held a press conference to celebrate it: “It is a sacred number. No one was ever going to see this, the president said.

These are the events that encouraged the market This Tuesday:

The beginning of the presidential transition in the White House

President Donald Trump stated on Monday that no longer opposed his government assisting rival Joe Biden’s transition team, even though he did not acknowledge his defeat in the election, after weeks of clinging to a legal battle to contest the results that were unfavorable to him.

Just as President-elect Biden began announcing key positions for his future the government, which begins on January 20, The outgoing president agreed to start the transition process, which means access to documents for the new administration.

Trump tweeted that the General Services Administration should “do what is required” after the agency’s head, Emily Murphy, said she would start the process, blocked so far.

Biden celebrated the step taken and described it as crucial a “peaceful transfer of power”, after weeks of unparalleled tension in the United States.

For the markets, on the other hand, it was a sign of stabilization after weeks of uncertainty about who will occupy the White House.

The early departure of COVID-19 vaccines

News about the high effect of experimental vaccines against coronavirus has generated hopes to return to normal in the coming months despite the pandemic’s alarming progress.

The latest announcement was made by the AstraZeneca Laboratory and the University of Oxford, whose vaccine has an average efficacy of 70%, reaching 90% with a lower dose, based on clinical trials conducted in the United Kingdom and Brazil.

“AstraZeneca will now immediately prepare for the submission of data to authorities around the world” and is seeking rapid approval, says the pharmaceutical giant’s CEO, Pascal Soriot. And he assured that “the efficacy and safety of this vaccine confirms that it will be very effective against covid-19 and that it will have an immediate effect.”

In the United States, vaccines will be ready for delivery 24 hours after approval by the Food and Drug Administration (FDA)., specified by the person in charge of the delivery plan for the Donald Trump administration’s Operation Warp Speed ​​program.

While the first two vaccines that will be distributed are likely to be those of the American companies Pfizer and ModernaAlex Azar, the US Department of Health and Human Services, described the news from Astra Zeneca’s clinical trials as “very promising”. And he added that the British company’s vaccine is already being produced in the country so that it can also be ready for distribution once it is approved by the FDA.

March 2020 var Last time US airports were very busy, then hit hard due to the COVID-19 pandemic and the restrictions imposed. Or it was until Friday, November 20, when more than a million passengers passed the controls of the Transportation Security Administration (TSA); a scene that was repeated on Saturday and also on Sunday.

In the days leading up to the Thanksgiving holiday, the country’s most important family party, more than three million people were mobilized by air.

Although the figures are 40% lower than for 2019, they are high given that the Center for Disease Control and Prevention (CDC), the federal health authority, issued a formal recommendation that the population should cancel the trips.

In addition, many will travel by car: according to the National Automobile Association (AAA), it will fall by 4.3% compared to last year, but still the estimate shows about 48 million travelers from Wednesday to Sunday, that is, to arrive at the feast with a baked turkey in the middle of the table, the last Thursday in November and return after the weekend.

Henry Walke, responsible for the incidents related to COVID-19 at the CDC, explained why the authorities urged the population not to travel: “The tragedy that can happen is that one of the family members attending the meeting may end up seriously ill, or need hospitalization or die. These are difficult times. “

Biden’s election for the Ministry of Finance

Investors also appear to have been pleased with the potential nomination of the former head of the Federal Reserve (Fed) Janet Yellen as Secretary of the US Treasury in Joe Biden’s government.

In 2014, Yellen was elected President of the Federal Reserve by President Barack Obama, but Donald Trump refused to propose her for a second term in 2018. During his tenure, he was responsible for completing the normalization of US monetary policy following the extraordinary measures taken by his predecessor. to deal with the global financial crisis, including five interest rate hikes.

Biden said that Yellen, with her vast experience but also her priority of helping workers, was elected with the expectation that she would receive support from the whole party, which implicitly learned after Obama’s two secretaries of state met with fierce criticism from the left.

A newspaper article The New York Times Emphasizes that Yellen’s “long-awaited nomination” would come at a time when the rebuilding of the US economy, hit by the coronavirus pandemic and high unemployment, is a key challenge for President-elect Joseph Biden.

With information from AFP, ANSA, EFE and EuropaPress

Rises on Wall Street: The Dow Jones index reached 30,000 points for the first time in history

Donald Trump made the presidential transition possible with Joe Biden

AstraZeneca requests US approval of its COVID-19 vaccine