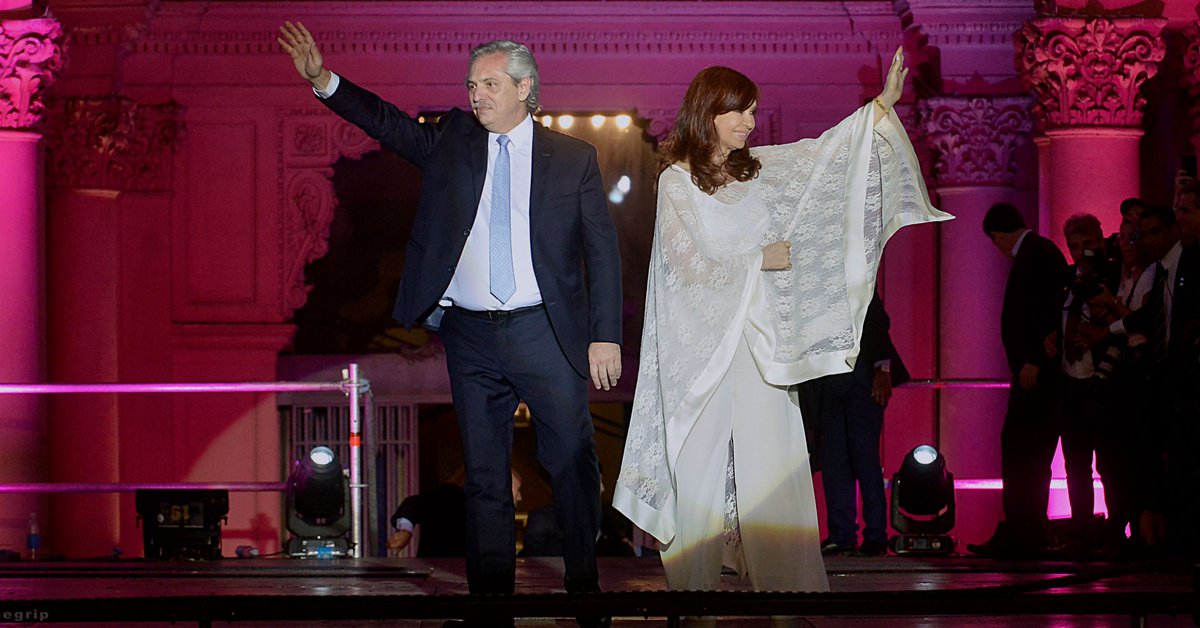 The absence of public meetings or secret meetings reflects the political distance that exists today between Alberto Fernández and Cristina Fernández de Kirchner. Your power alliance is damaged and there are no signs ahead that will make it possible to confirm that the programmatic coincidences between the President and the Vice President will return. CFK is very critical of the head of state, and this position of power causes a lot of tension in Frente de Todos.

Alberto Fernández denies the distance with CFK and argues that he dialogues with her via mobile phone or the messages sent via WhatsApp and Telegram. But anyhow, the president is already showing some political boredom that may have an institutional connection one year after his inauguration in the Chamber of Deputies.

Until last night, there was not a single political act that united Alberto Fernández and CFK to celebrate the arrival at Casa Rosada. Olivos and the Senate also do not show much interest in crowning a party event that reflects Frente de Todo’s victory over Mauricio Macri and Juntos por el Cambio.

The President will highlight that they all studied at the University of Buenos Aires and He will inaugurate the Nobel Prize House together with Pérez Esquivel, who received prestigious international recognition for confronting the military dictatorship and its systematic plan for illegal repression.

The action with Pérez Esquivel will be in the morning and in the afternoon he will participate in exESMA -It was a concentration camp run by the Navy to give recognition to the defense of human rights.

CFK does not seem to participate in these two institutional tributes, even though he already knows about their organization and existence.

Alberto Fernández and the Vice President maintain the political forms, but the differences seem clear on the political stage. A few days ago, when no one expected it, Cristina Fernández questioned a statement from the president about the mobility of pensions, which she had announced via the media.

Cristina did not address the changes in a conclave with Alberto Fernández. A bishop of the vice president informed Casa Rosada, and a few minutes later the claim was leaked without innocence to carry the presidential image. The head of state understood the features of Kirchnerism and with Minister Martin Guzmán, he exercised an internal argument that could leave him in a false square.

In Casa Rosada, CFK’s political space already has its own name: “Separate Republic of the Senate.”

It is no longer a state secret that Alberto Fernández and CFK play political chess in parliament. The vice president faces his political will in the upper house and the president quietly moves his pieces in deputies to block, freeze or modify initiatives that have the stamp of pure kirchnerism.

In this context, the appointment of Daniel Rafecas as Minister of Justice continues to await the Polish cold in the Senate Committee, while the reform of the Advocate General awaits in Congress until there is political agreement between the Frente de Todos and Juntos por el Cambio. An unlikely circumstance right now.

On December 10, an unparalleled event in Argentina’s political history could occur. The president celebrated one year of his victory without the vice president who drafted the plan that led them to Balcarce 50. If this happens, Alberto Fernández and CFK will no longer have to hide their power relationship.

The chronicle of the changes in the mobility of pensions: red flag in members of Congress, the role of CFK and Alberto Fernández solution

The government faces the biggest logistical challenge in history: it will try to apply one million doses per week to stop the second wave of coronavirus