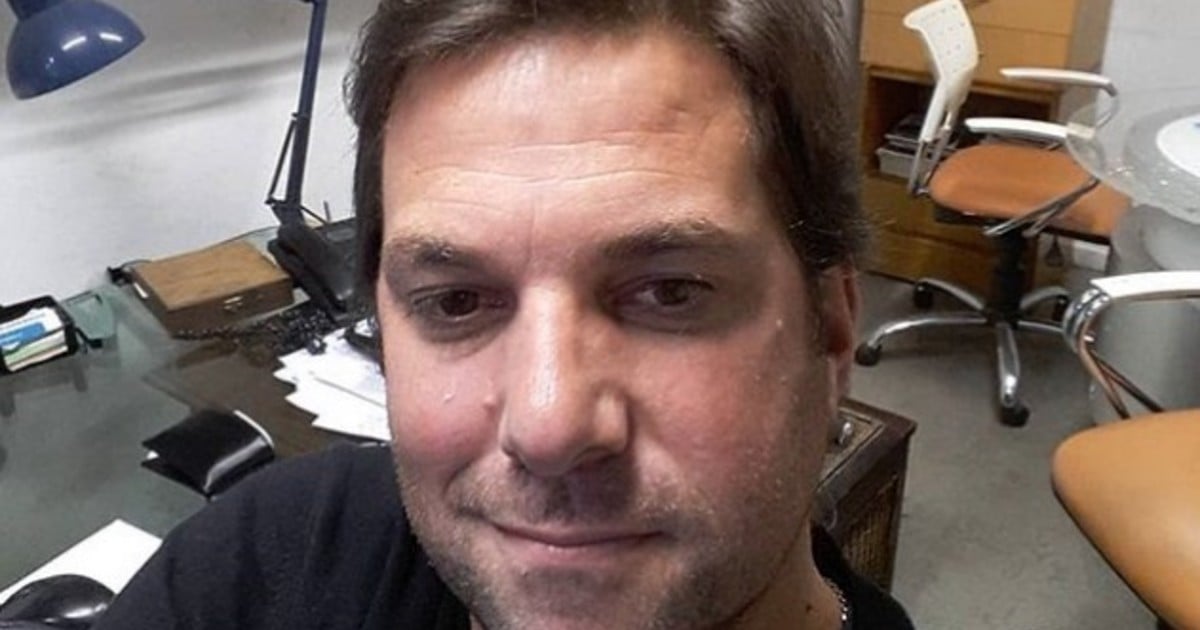 Sebastián Seijas, design designer for El Nueve, died on Sunday, November 4, at noon, sad world of entertainment. He was 43 years old. He was a family of television workers: his father had done many tasks in the 80s and 90s, in the old channel 13, and his brother Martin now integrates Telefe's staff.

Seijas, 43, He had been in hospital for two days after suffering a shortage of aortic arteries. Through a post on Instagram, his wife Gabriela Cancelli made a strong accusation against La Trinidad Ramos Mejía sanatorium, where Seijas had gone to attend days before his death while the clinic made a defense defending its performance in the case.

"I want to tell the truth about what happened …It hurts me and I do not want anyone to see what happened to him … Sebastian had come days ago with chest pain that bothered him a lot ….. even though he had a dilated aortic artery. And with tests he piloted it, on Monday we had gone to the Trinidad de Ramos Mejía clinic. We went to work with this painting … we told him he had a dilated aorta, "wrote the woman.

He continued: "The doctor indicated an electrocardiogram, enzyme analysis and a non-contrast tomography of the lungs. After all, he told him that he had muscular pain and that he took painkiller … that he was a little hypokondrior .. .. We left glad that he was only muscular and that in a few days he would be fine … he was still in pain and next Friday he fainted in the morning and we took him to the Los Arcos Clinic. "

After thanking this last sanatorium for "how they fought for Sebastian's life," he launched the accusation: "How could they let us go from Trinity without asking more, sending other studies … I do not want this to happen to anyone else …… this can not happen …..".

The nation -Seija had been the creator of the landscape of Odyssey Argentina of LN + – received a statement from the clinic: "Trinidad Ramos Mejia Sanatorium informs that the patient Sebastian Ignacio Seijas consulted Monday, 29 October at 16.36, our sanatorium's guardian talks about epigastric abdominal pain and shows as a personal history a congenital dilation of aorta and arterial hypertension. Physical examination, oxygen saturation, heart rate and electrocardiogram were performed, all of which are normal. "

After studying supplementary studies, the study states: "Thorax RX and Thorax Tomography were performed without acute pathological findings, visualization of congenital aortic dilatation without changes in its dimensions (48mm) according to the patient's reference. Follow-up of your doctor and relevant controls. "

According to LN, at the end of the statement, it was reported that Seijas did not hear the institution again and that "he was informed of his access to another hospital on Friday, November 2, where he dies on Sunday, November 4," and expresses "the deeper regrets the outcome and remains full disposal. "

Seijas had worked for the channel for 17 years (most scenarios of the programs are his responsibilities) and his departure left everyone in shock, emphasizing his good quality of person and his ability to work. They will also request a plaque to be placed in their honor in the study.

Today we say goodbye to a great companion and professional @ canal9oficial . It's a very sad day. We send all our strength, hug and love to your whole family. Today's program will be dedicated to you #SebastianSeijas . Do you have to rest in peace?

How fast does everything happen? At these moments you realize. How important it is to enjoy, love, go out, run, live and do what we feel, learn by mistake, always without freaking and respecting others ❤