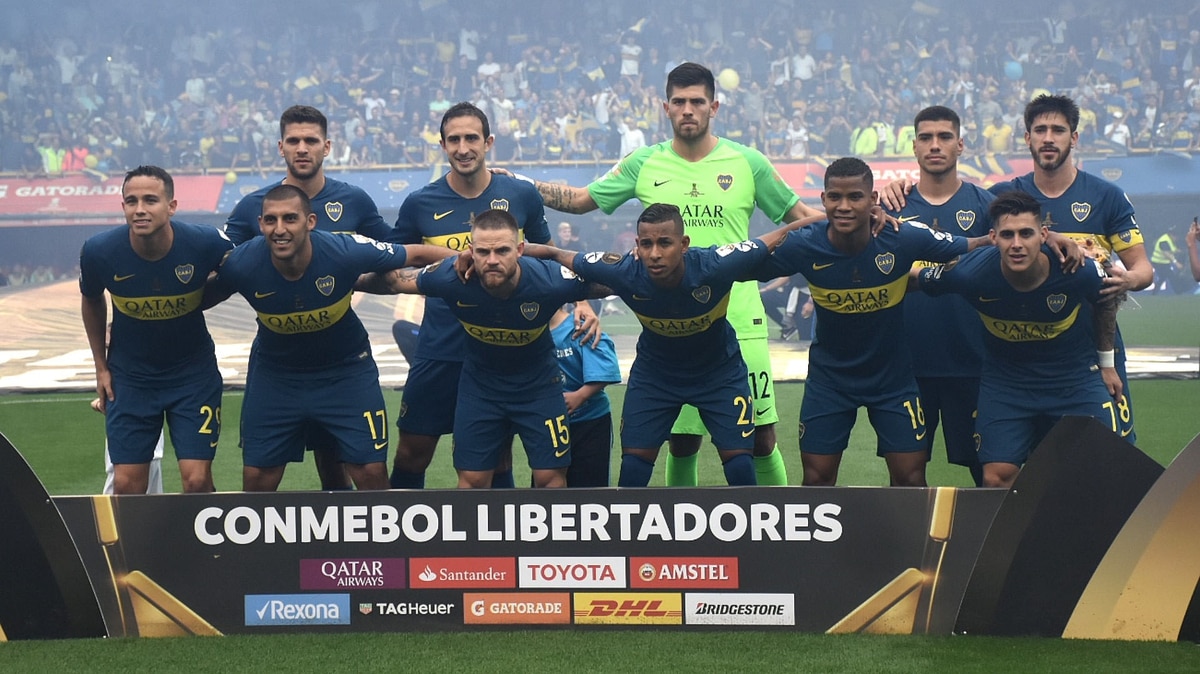 Agustín Rossi (8): Of the best matches he had in Boca. Incredible intervention before a free kick by Pity Martinez and a headline of Borré. Later he took another ball in the point-empty range to Martinez and even turned a hand to give the Colombian Borré (who was finally ahead). He had a little to do in the rival's goal: The shot of Pratto was very close to the stake and he could not react to Izquierdoz testazo.

Leonardo Jara (4): It was very uncertain, especially in the first part. He did not make good decisions when he attacked and even led him because of the attacks of the river. He lifted a little bit of composure until his injury, which forced him to leave the place for Julio Buffarini (37 "ST").

Carlos Izquierdoz (5): He had a good performance. Enter below and above. He recovered points for his deficiencies in the goals: he could not clean in the first of Pratto and introduced it into his own head fence in the other. Nevertheless, he had the support of the people.

Lisandro Magallán (5): Common task in the last line of Boca. Sometimes it cost him to include the Pratto and Borré brand. He tried to show firmness on the top and lacked precision with some long balls and locks.

Lucas Olaza (5): Without major difficulties in his sector, he would be prolix in defense to advance to the attack, although he did not have many excursions on the offensive. The managed balls stopped but could not get much juice of his kind.

Nahitan Nandez (6): Not only does Viking look, but plays as such. A fighter in half of the court who also contributed to the criteria in football. His delivery and deployment, which won the majority of the hand in hand against his opponents, he credited several ovations from the fans.

Wilmar Barrios (7): Midfield thermometer in Guillermo team. Tiempista, relieved every time Boca was badly stopped. It was one of the highest points in the premises and will certainly be decisive in the rematches played in the Monumental.

Pablo Pérez (5): Started to be a shoulder in the middle of the court. He took the post for the distribution and was a main character in the first half. It was blurred and lost a lot of precision in the complement. He ended up with a muscle discomfort that left him lame in the last minutes (Boca had no changes).

Cristian Pavón (6): Debilation at the start of the game, complicated Montiel with a couple of leftovers left. He finished halfway on a couple of occasions and, second, felt a puncture in his left-hand hamstring (he was replaced by Benedetto's 25th.).

Ramón Ábila (7): I live to use his frame before the central opponents, he benefited from his partner Benedetto income. Mañoso, caused some violations near the area and had a reward when looking for recovery of his first shot at the opening of the scoreboard.

Sebastian Villa (5): The Colombian insinuated much more than he specified. He used his speed on some occasions but it was not sharp. He took a few shots in the first half that went too far. He was replaced at the 27th of STE by Carlos Tevez.

Darío Benedetto (7): He took advantage of his great personal moments to take advantage of his people. Since his entry of Pavón at the first stage, he generated games and worries in the last millionaire. His title for Partial 2-1 was extraordinary. His only mole had disappeared one-on-one with Armani at the last minute.

* Carlos Tevez He played less than 15 minutes but he went well. He committed himself to the game (he even ended the match because of Pablo Pérez's injury), recovered, had a chance and earned Benedetto's victory in the last. He added many chances to have at least a few minutes in the rematch. Julio Buffarini entered with less than 10 & # 39; and had few interventions.

Guillermo Barros Schelotto (7): He had boldness and intelligence to bet on double nine against Pavón injury. He had repeated it this week and then he took it out when he realized that he needed more offensive weight for the 5 line introduced by the river. Another of his successes was to give Tevez a quarter of an hour, which almost makes him win the game.