Pampita, on Daniel Osvaldo’s “I did not promise you anything” to Jimena Barón: “It’s good that I told her that, if she was not still excited” 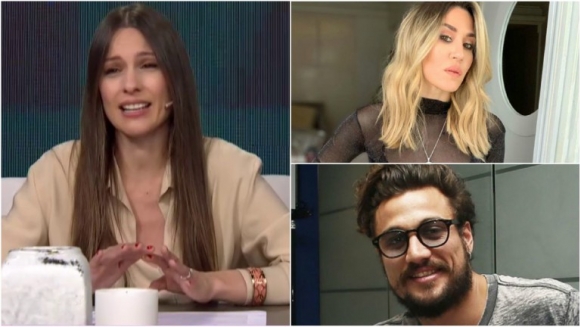 After the effects of the sudden silence of Jimena Baron in the networks (followed by speculation about a strong conflict he would have had with Daniel Osvaldo, with whom he lived Momo, the child they have in common during part of the pandemic), Pampita meant on this issue.

In the middle of the debate about the famous “I did not promise you anything” that the former football player would have said to Jimena after she found him chatting with other women – when it spreads – Carolina Ardohain said her thing in Pampita Online.

“We all wonder” what happened? “In addition, she disappeared from the networks and they commented that she did not even answer the phone to her friends, she was very sad,” the model began.

“She had a closed stage, no network, nothing and she wanted to connect with herself,” she added. To which the panelist Carolina Haldemann he intervened: “What Daniel did is awful. Men do not have to do that. At least lie to me or tell me ‘I was confused’, but do not tell me ‘I promised you nothing’ ‘.

After listening to her, the driver sat down in his strong stance and closed without turning: “No! What a lie to me? Do not lie to me. It is good that he told her what position she was in, because if she was not, she would be excited about something that would not happen “.