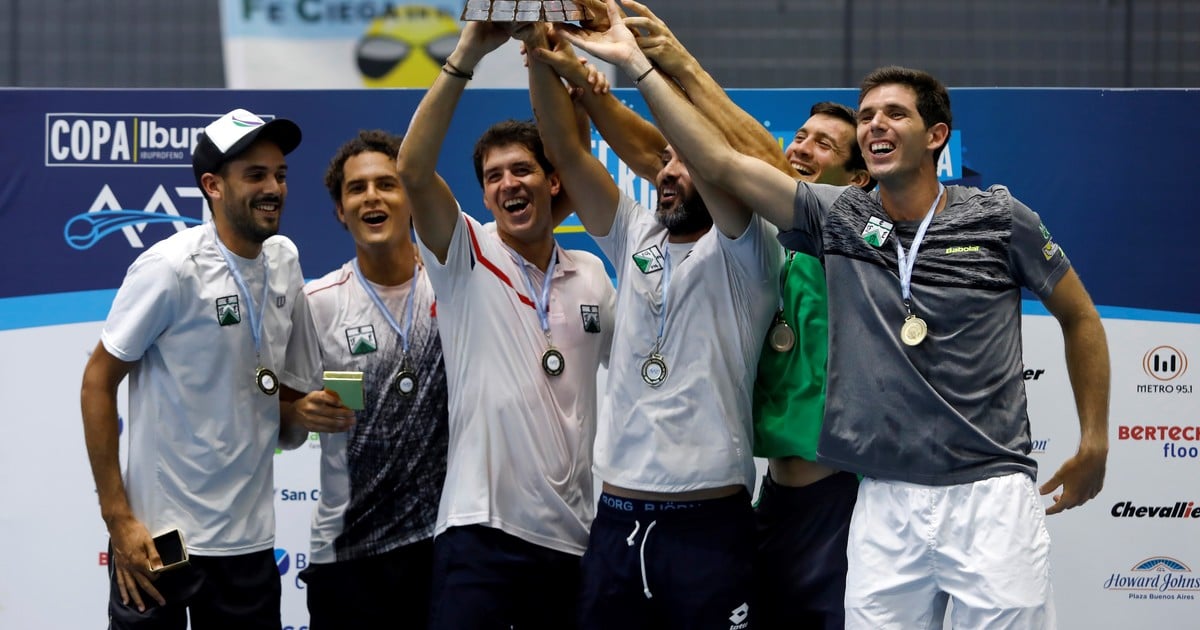 Polideportivo de San Lorenzo was colored green and vibrated to the rhythm of the festivities of Ferro, new champion of Interclub's male in First Division, organized by the Argentine tennis association. The club of Caballito defeated 2-1 in the final to GEBA, defending the title, and He celebrated his efforts for many years.

After rising to November 2017, after 22 seasons, Ferro set a good team for its return to top category, led by Federico Delbonis and Facundo Bagnis, players with extensive experience at ATP level and Captain of Alejandro Fabbri and Matías O & # 39; Neille. And it won its prize: it celebrated its first title in Interclubs since 1982.

Bagnis opened the final with a triumph of 6-3 and 6-4 against Andrea Collarini. Delbonis failed with Leonardo Mayer, who won 7-6 (13-11) and 6-4 and matched the series. And in the doubles, Facundo Mena and Juan Pablo Varillas 7-6 (7-2) and 6-2 Agustín Velotti and Juan Ignacio Galarza beat and released the green celebration in Boedo.

"We returned to Primera after working for almost six years with the category. We went up with players trained in the club and we achieved that goal. But when we reached the highest level we realized that with the kids in the club it would cost us a lot and we started looking for new names, "says Federico Refojos, Ferro's General Captain of Tennis. bugle.

The celebration of the team of Ferro, champion of Tennis Interclubs.
Photo: Sergio Llamera / AAT Press

Federico Waidlich Cháves, Chief Executive Officer, contacted the players who, like all professional athletes, are charged to play a contractual amount between them and the club. And with the full support of Daniel Vallina, tennis director and the institution, the team was armed.

"Initially, the goal was to maintain the category and support the academy so that we can play these tournaments in the future with guys trained in our club. But when we add players, we started to realize that maybe we were for more. So we are very happy and very proud of this championship"Refojos commented.

"I'm very pleased with the team's performance. This was a great way to give Ferro back the trust he had in us"Commented Bagnis. He added:" It was a very nice tournament, with good weather and important players. It's very good that Interclubs has recovered. "

At Ferro tennis is in good health. As Refojos explained, the school has 350 students. Nearly 400 members practice sports in a recreational way and about 120 play Interclubs in the different categories. And the high-performing academy has trainers, coaches and nutritionists.

"Ferros tennis is very good and maybe this title helps to get more people to this sport, even guys with a certain level looking for a place to work out and prepare for professionalism. And it will be very good," Refojos closed.

Federico Delbonis was one of the Ferro singles who won the Interclubs de tennis.
Photo: Sergio Llamera / AAT Press