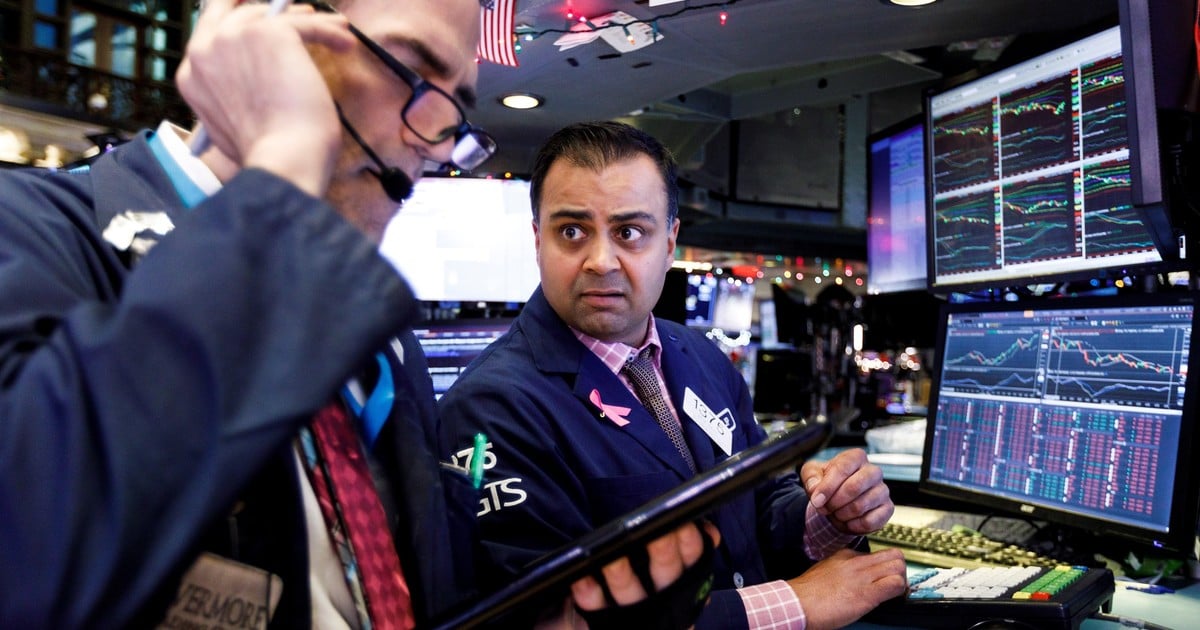 Black Monday for Argentine stocks. In Buenos Aires, Mervalen fell 3.93%, while papers from local businesses listed on Wall Street also had decreases in up to 8% Local analysts attributed brake in the Chinese economy to the bad environment in New York and also to a likely increase in tax rates in the Federal Reserve. But they mark the presence of local factors like Valos security in the midst of the economic recession.

The price of Argentine bonds also fell while land risk rose 2.6% more and was located in 782 points, which burns the tendency to mistrust against Argentinian assets. Land risk, which in January was less than a third of the current, returns to close to September levels, when the second part of the agreement with the IMF had not been signed, involving the injection of more dollars and the implementation of the "monetary aggregate" program.

Merval has so far had a 5% decline in December. The day was particularly negative for the banks' roles. Banco Macro fell by 7.6%, the Galicia group fell by 7.4% and French was 6.4% below.

With the exception of Aluar, Petrobras, Cresud, Central Puerto, Edenor, Transportadora de Gas del Sur, Tenaris and YPF, the whole of Mervals shares shows a red so far this year.

The local cases were even higher on Wall Street. Banco Francés lost 6.7% of its value, the macro fell by 8.2%Supervile fell by 8.2 and Galicia by 7.2%. The annual balance of the price of ADR (Argentine shares) shows a darker picture than the local. All local business papers are red. The French fell by 57.8% so far this year, Macro, 66.9%. Supervielle was 73% of its value this year, while Galicia has already shrunk its valuation by 61.4%.

"There are local short-term factors that give rise to concerns, but what's most urgent is issues in international markets," two analysts characterized, worried about the sharp slowdown in the Chinese economy and the effects of the US trade war. and China.

The government debt debt, on the other hand, did not suffer much. Dollarization declined between 1.2% (like AY24, today's most traded) and 2.7% for dollar discount (Dicad). In pesos, the adversities were somewhat smaller. Securities expiring in 2019 have reasonable returns, while those that expire in 2020 yield very high profits, as if it were an indicator of greater risk.

"There is a downward trend that remains, local problems come along with an effect for what's going to happen outside" they interpret. Market forecast is that the Federal Reserve will raise interest rates to 2.25% -2.50% despite the general opposition of US President Donald Trump.

"When there are trends of "flight to quality", investors tend to resort to safer assets, in dollars and not approach those who are perceived as "risky", as is the case with the Argentineans ", they rely on a corporate financial area.