Apple confirmed that some iPad Pro has a fold in the body of aluminum, but claims that it is "normal and not a defective" 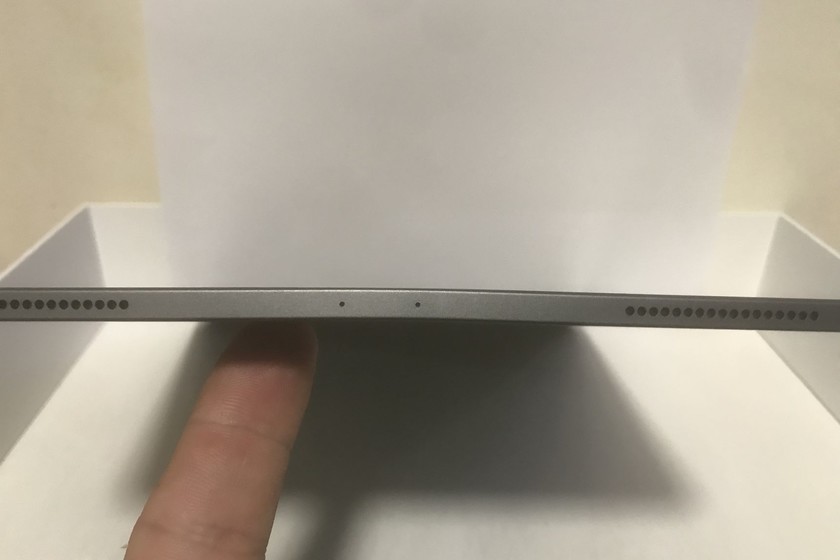 For a few days, an unusual activity began to appear in Apple Product Forums, such as MacRumors or Reddit, where several users reported their new iPad Pro introduced a slight curvature in the structure, the reason they feared we were before a new "bendgate".

This intensified with the publication of a video published by JerryRigEverything, where iPad Pro was subjected to a rigidity test where the device ended in half without seemingly much effort. In view of this, Apple has come across, but the surprise is that he has acknowledged that yes Some iPad Pro comes out of the factory with this "lightweight".

Apple spoke to Verge, Apple confirmed that some models of iPad Pro 2018, both 11 and 12.9 inches, were sent to customers with "a small curve in aluminum chassis", which would be "a side effect of the manufacturing process", which is not expected to deteriorate over time or adversely affect the performance of the iPad.

According to Apple, this fold is due to the cooling process of the metal and the plastic during manufacture, so This curve would not be considered a manufacturing errorn. Apple mentions that iPad Pro featuring this curve does it from the moment they leave their box so it's not a failure that appears over time.

As for JerryRigEveryt's video, Apple mentioned that as well The concerns about "structural stiffness" in iPad Pro are "unfounded", since today they have not experienced unusual activity in the rate of return of the product, which should be within the range of "normal".

According to the information, there are some cases of customers who will support and face diagnoses that indicate "accidental injury" so they are asked to apply for the Apple Care + guarantee plus a deductible. In view of Apple's response, this should not apply to this curve.

Those users who have an iPad Pro 2018 with this "curve" are able to request a refund in accordance with current laws in each country where the company's products are sold. What is not known is whether Apple will accept returns or changes to those who have already lost the return window or do not have this option in their countries. We will be aware of news.

part Apple confirmed that some iPad Pro has a fold in the body of aluminum, but claims that it is "normal and not a defective"